Paying the Price on the Tag 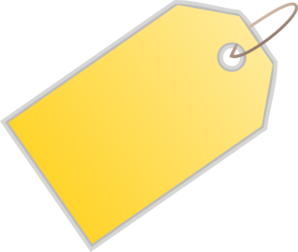 I hate graffiti. And while even I agree that on occasion some can be creative or even artistic, in general I find the vast majority of it to be lacking any artistic qualities and often just crass and tasteless if not downright incomprehensible. But you know what I really don't like? Graffiti in Jerusalem. The uniform chalky limestone look of the mandatory Jerusalem stone building exteriors gives the city a unique beauty not shared by other cities in the country and probably most in the world .And nothing disrupts this ascetic eye candy bespeaking of the ancient past via the eyes of modern architecture like a nice fat ugly street tag. You know what else I hate? Flat tires. I hate getting three flats in as many weeks, having to waste my days off and hard earned money getting them fixed and being told by the guy at the shop that at least two of them were from somebody sticking a knife into my tires. Dealing with the above mentioned acts if they are done anonymously and to anonymous victims simply out of pure delinquency I find frustrating and stressful. When they are done to targeted groups for ideological reasons, I find it scary no matter who the respective perpetrators and victims may be. Therefore I think most decent people of any persuasion find it regrettable that we are witnessing a growing phenomenon known as "Price Tags."

Enter a slew of politicians issuing condemnations of the highest order and pushing for new legislation to deal with this phenomenon such as our lovely Justice Minister Tzipi Livni. Now I highly doubt somebody so entrenched in the Gaza Gush Katif philosophy of kicking innocent Jews out of their homes could even spell the word "justice" much less minister it to a nation, but perhaps she feels she qualifies for the position based on her attendance at many "Social Justice" events. Tzipi was pushing for recently declined measures to legally equate price tag acts with acts of terrorism. Apparently spraying paint is now the equivalent of spraying rocks and Molotov cocktails, and slashing tires is as serious as slashing people. Internal Security Minister Yitzhak Aharonovich compared price tag acts to terror and recently said, “This phenomenon might bring about a serious deterioration in Jerusalem and the West Bank." I wonder how many public statements Minister Aharonovich has made warning of the threat of deterioration Arab rock throwing poses? And while many have been calling the Price Tag phenomena a threat to democracy, how often has that same phrase been applied to rock throwing exactly? Go ahead and google it... see what you come up with. Maybe Arab rock throwing is considered to be a valid democratic right? Perhaps the American phrase "vote with your wallet" should be adjusted to "vote with your rock."

All in all the concern, condemnations, and proposed punitive actions seem somewhat one-sided. And therein lies an interesting albeit under-examined point. To the government, media, and left wing of this country who are so up in arms about anti-Arab actions taken by Jewish youth I ask - who and what do you think caused them to be this way in the first place if not you!? An entire generation of Jewish youth has grown up witnessing their friends family and countrymen murdered and maimed in bus bombings, stabbed, rocketed and stoned. And all the while the above mentioned institutions go to our enemies and the world at large accepting the blame on ourselves, apologizing for existing and exercising suicidal measures of restraint in self-defense to avoid heaven forbid looking like an aggressor. Sending in soldiers to take on knife and club wielding flotilla activists with a couple of paintball guns ring a bell? Armed soldiers caught on camera running away from rock throwers because they will be prosecuted for shooting to defend themselves? 1,027 terrorists released for one soldier? Hundreds let out of prison scot-free for a few dead bodies returned? And what message does this send to youth who spend their childhood witnessing all this? If you express your negative feelings towards other groups through violence and intimidation you will get away with murder (both figuratively and sometimes literally). Additionally, if you want your family property and people being fought and behalf of, you may as well do it yourself because as a Jew your government and media very often won't bother doing it for you.

Additional shock and condemnation has been raised over several incidents in the past couple of years of Jewish youth beating Arabs they find associating with Jewish girls. Many would write this off as bigotry but it's naive to think it's occurring entirely in a vacuum. While mainstream Israeli society would like to sweep it under the rug, the fact remains that countless Jewish women are trapped in abusive marriages with Arab men whom have taken them to live with them back in their villages and they now find themselves unable to leave due to the danger of attempting to, or fear of having to leave their children behind. The story is often a textbook case - a girl who is down and out, suffers very low self esteem or has a bad situation at home is overwhelmed by the gifts and charm of an Arab man just to meet an entirely different person once he has taken them out of the reach of the family and friends. And where is law enforcement when these women start to feel the horror of regret over their decisions but are unable to leave on their own? Nowhere to be seen. Perhaps for fear of appearing racist by breaking up an interracial/religious marriage, or perhaps just for fear of causing a riot when the neighbors catch wind, police usually won't step foot in one of these villages to help take these women out. So while it is not right to attack a stranger in the middle of the street based solely on his being an Arab and his lady friend being a Jew, can one be realistically be surprised when we see it happening? I'm frankly surprised it doesn't happen more often. The built up frustration of watching the honor and safety of Jewish girls and women get trampled upon doesn't dissipate on it's own and when the authorities simply throw their hands up in the air for too long it's not so inconceivable that private citizens take matters into their own hands even if it be in unlawful ways.

So instead of applying some common sense to an ever less sensible situation, the powers that be continue to make logic defying decisions and are all of a sudden shocked an appalled when human nature takes over and people begin to react in ways they don't want them to. Golda Meir famously said, "Peace will come when the Arabs will love their children more than they hate us." That may be true but I contend that security will come when the government cares more about protecting our own rights over those who seek us harm. And if they view the youth who do Price Tag acts as "problem children" then they need look no further than the mirror to find out who the parents are. They themselves racked up the hefty price on these price tags and just because they chose to pay in tashlumim doesn't mean the bill would never get charged.

Feedback and opinions are great but please no vulgarity